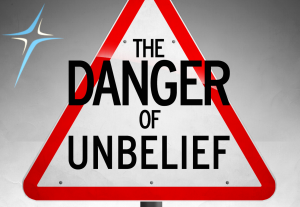 (This short message is based on  Rev. Harold J. Staiti, First Baptist Church, Fairport, NY  sermon and adapted by Rev. Roni Mechanic for use in an English context).

Love your neighbour as yourself

Today’s Readings are from The Common Lectionary

24 From there he set out and went away to the region of Tyre.[a] He entered a house and did not want anyone to know he was there. Yet he could not escape notice, 25 but a woman whose little daughter had an unclean spirit immediately heard about him, and she came and bowed down at his feet. 26 Now the woman was a Gentile, of Syrophoenician origin. She begged him to cast the demon out of her daughter. 27 He said to her, ‘Let the children be fed first, for it is not fair to take the children’s food and throw it to the dogs.’28 But she answered him, ‘Sir,[b] even the dogs under the table eat the children’s crumbs.’29 Then he said to her, ‘For saying that, you may go—the demon has left your daughter.’30 So she went home, found the child lying on the bed, and the demon gone.

31 Then he returned from the region of Tyre, and went by way of Sidon towards the Sea of Galilee, in the region of the Decapolis. 32 They brought to him a deaf man who had an impediment in his speech; and they begged him to lay his hand on him. 33 He took him aside in private, away from the crowd, and put his fingers into his ears, and he spat and touched his tongue. 34 Then looking up to heaven, he sighed and said to him, ‘Ephphatha’, that is, ‘Be opened.’ 35 And immediately his ears were opened, his tongue was released, and he spoke plainly. 36 Then Jesus[c] ordered them to tell no one; but the more he ordered them, the more zealously they proclaimed it. 37 They were astounded beyond measure, saying, ‘He has done everything well; he even makes the deaf to hear and the mute to speak.’

It is one of the great ironies of our faith that the message of a Jewish rabbi to Jewish people became the faith of Jews and Gentiles and became known as “Christianity.”

[Irony is a state of affairs or an event that seems deliberately contrary to what one expects and is often wryly amusing as a result].

         What is more ironic than when an English teacher gets a parking ticket in Durham town centre just having the previous day looked at the Road Code with her 6th form class. The parking warden hotly asked her, “Can’t you read?”

         It is more ironic when a bank clerk leaves his debit card in an ATM after having just come from work and had just attended a card security meeting.

         What’s more ironic than a man who held up a jewellery shop and used his work vehicle as the get away car with the sign that read:

         What is more ironic than a primary school pupil having spent the afternoon at his aunts house and is fetched by his father who on the way home stopped at the corner shop. He told his dad that he had lost his school bag – retracing their steps to his aunt’s house his father sees the missing bag on his son’s back where it had been all that afternoon – the boy was me!

Today’s passage heavily relies on irony to teach a larger story about belief and unbelief.

         In Mark’s time, the Lord was doing great things among the people, however not all were receiving his ministry happily.

         For Mark, it is ironic, that some in Israel, who should have believed, were refusing to believe the message from Jesus, and Gentiles who were outsiders were the ones who were readily coming to faith?

While the synagogue leaders excluded people based on ritual purity laws, the Jesus movement maintained that faith is what makes a person clean. We need to become more embracing and welcoming of all.

How are we to respond to families with children that come to our services? Are we going to welcome them, or give them the cold shoulder because they may upset our sense of order and possible disruption that the children may cause? We say that we want the church to grow, but when growth potential presents itself through baptisms or those who may want to get married in our church, what is our response? It is a big challenge and test to how we will respond to these opportunities! Let is not hold back, but rise to the situation as it presents itself to us in a positive way.

The Inclusive Church ‘statement of belief’

“We believe in inclusive Church – church which does not discriminate, on any level, on grounds of economic power, gender, mental health, physical ability, race or sexuality. We believe in Church which welcomes and serves all people in the name of Jesus Christ; which is scripturally faithful; which seeks to proclaim the Gospel afresh for each generation; and which, in the power of the Holy Spirit, allows all people to grasp how wide and long and high and deep is the love of Jesus Christ.”

This is a very brave and challenging move and many may at first find this a hard thing to accept, but it is surely something that each of us need to come to terms with. How good are we at welcoming strangers, families with young children? We say that we want to grow, but are we willing to embrace all?

THE IRONIC EXAMPLE – GENTILE ARE ALSO COMING TO FAITH: MARK 7.24-30

We see here that the Gentiles have heard of the many miraculous things Jesus had done among the Jewish people. The word had even reached into the areas outside the Jewish regions:

It is ironic that God honours faith in Christ from anyone who humbly comes to experience his grace and mercy – Jew and Gentile alike.

This is why God’s power was present in the ancient Church.  Even though it was largely Jewish, the church was faithfully honouring Christ, and many Gentiles were becoming believers too and glorified God as a result!

Even after Jesus used insulting language about not giving the children’s food to the dogs (household pets) – when he saw the woman’s persistence, that he granted her wish and delivered her child from the demons and praised her faith!

In our modern, pluralistic society, we are used to coexisting among people of different cultures and religions.  I am uncertain if we can get our minds around how difficult this was for believers in the ancient world. At first, even the ancient Jewish Christians found it difficult to believe God was doing something new among the Gentiles. (i.e. Peter at Cornelius’ house – Acts 10.24-48). But when Peter and the Apostles recognized that God had given the Gentiles the same privilege of turning from sin and receiving the same eternal life and empowerment of the Spirit, they praised God  (Acts 11.17-18)!

Like this woman, the place you come from may not be particularly religious. You may not initially come to God with his word on your heart. But if you humble yourself before God, you will experience his grace and mercy.

This can be everyone’s story of faith.

But ironically, some remain deaf to the Gospel, reject faith as a cleansing act, and oppose the message of Christ based on religious conviction.  We see this in many congregations by folk who call themselves Christians, but their life-style tells a different story. Our talk and walk must be in harmony.

We see here that the Jewish people in the region knew of the many miraculous things Jesus had done. The word had reached to all the ten cities around the Sea of Galilee:

It is ironic in the story that the religious leaders refused to hear Jesus’ message, yet he opens the ears of strangers and they give him praise.

Realize this is a story about the belief and unbelief. Mark’s day were as astonished at the unbelief in their day as those Jesus encountered in the Decapolis (v.37).

There was a time when I was “deaf” to the word of God and I had a tongue that was “mute” to speak of his greatness. I could not understand the message of scripture and I did not lead a life that gave glory to God.

But when I came to God through Jesus Christ, when I humbled myself and in faith cried out for him to make me whole, I experienced his grace and mercy. I experienced the truth of Isaiah 35.5-6. When God redeems his people, their spiritual eyes are no longer blinded, their spiritual ears will be unstopped, and their tongue will be loosed to proclaim the joy of the Lord’s redemption!

Light shone into the darkness that had been in my life and I was delivered [saved] by grace alone!

Like the people of old, it may be more difficult for some to come to faith in Jesus Christ if they come from a religious background. That may be you today.

You may think that knowing God means being religious or very “spiritual,” but whenever we substitute ritual and form for authentic faith, we are deaf to the message and silent to give God praise.

Not only is the challenge for us personally, but it also means that we will be open to whosoever God sends to us!