How Jesus Changed a Rabbi’s Life and How He can Change Your Life too! 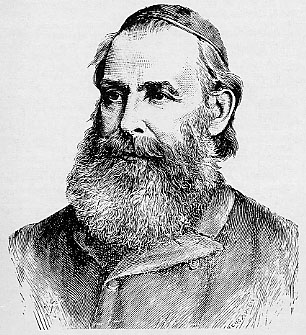 Why I Believe that
Yeshua is the
Jewish Messiah:
The Story of Rabbi
Isaac Lichtenstein

HE was not yet 20 when he became a Rabbi, and after officiating for several years in different communities in northern Hungary, Isaac Lichtenstein finally settled as District Rabbi in Tapio Szele, where he remained for nearly 40 years, labouring ceaselessly and unselfishly for the good of his people.

Early in his career a Jewish teacher in the communal school of his district casually showed him a German Bible. Turning the leaves, his eye fell on the name “Jesu Christi.” He became furiously angry and sharply reproved the teacher for having such a thing in his possession. Taking the book, he flung it across the room in a…