You may purchase your copy of “A Quest for The Jewish Jesus,” from Amazon

To continue to read the book please purchase it at Amazon –  amazon.co.uk/s

THESE ARE ALL THE PLACES WHERE AMAZON HAS WEBSITES TO ENABLE YOU TO ORDER A COPY OF MY BOOK:

The Book is also available as an e-book on Kindle

The German Translation of My Book:

Key Verses: 1 Corinthians:
22 For Jews demand signs and Greeks seek wisdom,
23 but we preach Christ crucified, a stumbling block to Jews and folly to Gentiles,
24 but to those who are called, both Jews and Greeks, Christ the power of God and the wisdom of God.

A crown of thorns was fashioned at his mock trail and end suffering. 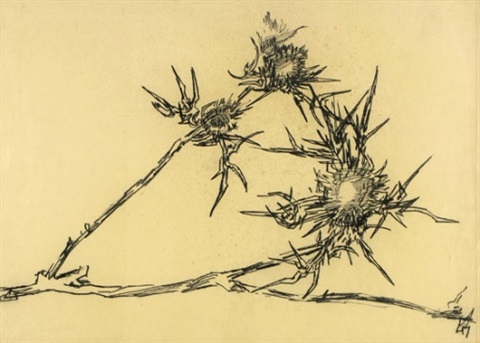 “Thorns also and thistles shall it bring forth to thee”— Genesis iii. 18.

THIS was not the penalty which might have been pronounced upon Adam. This observation by Charles Haddon Spurgeon help explain the place that thorns and thistles layout in both the physical and equally the spiritual life of humankind as consequence of the fall of Adam and Eve and consequently to all humankind.

And, first, A GENERAL, FACT is here stated. This fact we will consider. Ever since that first sin of our first parents, this has been generally true of the whole human race, not only of the earth literally, but of everything else round about us, “Thorns also and thistles shall it bring forth to thee.”

Now, I am not going to say any more about this general fact, a fact which I suppose most of you know quite as well as I do, that thorns and thistles, trials and troubles, abound in this sin-cursed world.

Similarly, Leopold Krakauer describes the desolation and suffering that had afflicted the Land of Israel during the long period of Jewish exile.This same suffering had come upon not only the land but also its people. European Jews knew all too well the suffering of exile and the thorn and thistle symbolised this.

In the first reference to armed plants in the Bible, Genesis 3:18, “It [the cursed ground] will produce thorns and thistles for you, and you will eat the plants of the field.” The word translated thorn is qots. … These “thorns” are probably thistles as a woody plant would not grow as fast as an annual plant. These wild plants so readily grew in place of fruitful plants and crops when the land is left deserted and desolate.

The Messianic Hope ––Yeshua the hope of Israel:

Jesus is inescapable––Jewish people have attempted in vain to flee from him, but like the detective that is doggedly on the case, there is no getting away from him––we may attempt to flee to the mountains, wilderness of depths of the sea, yet he will not only pursue us till he finds us, but when he does he is there as our deliverer and redeemer. This reality is so well illustrated in Jewish fascination with his person and work of redemption. Leopold Krakauer exemplifies this mentality:

Thorns appear as a symbol of exile in the work of E. M. Lilien––notice the figure of the Jewish man with the thorns rising up out of his caftan, with almost down cast eyes that tell of his being and exile in the land of Egypt. Lilien makes an ideological comment between the thorns in exile and in another picture of wheat standing high in the land Israel. Krakauer in contrast uses the thorns to convey the harshness of life in Palestine and the difficulties of acclimatising to it.

In the picture Ring of Thistles, represents a fragile yet threatening evocation, this time with no human presence. Yet the very absence of Jesus, focuses our attention to the symbol itself, floating in the void, and its Christian meaning. While many of Krakauer’s contemporaries restored Jesus to Eretz Yisrael, he reinstates him in its landscape.

The missing part: Jesus comes back to his own people as they take tentative steps towards restoring him within a Jewish context. 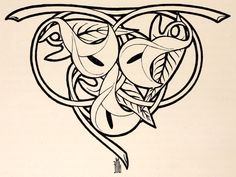