Roni speaks to Fareed an Arab Christian psycologist & pastor from Haifa, Israel. They talk about the prospects for achieving a lasting peace between Arabs & Jews in Israel today!

Give Peace a Chance

In this month’s programme I interview Fareed who comes from an Arab Christian background. It is always my intention that each person that appears  on the programme is able to freely express their point of view.

At times you may feel challenged by what you hear as their viewpoint differs from your own, but do listen and engage with what is being said – open a dialogue with them in your head and ask yourself “why I am I feeling challenged by what they are saying?”

Please note that I have one aim only, that together we may discover the way forward with the objective of finding a lasting peace to be discovered for all who live in Israel.

Where would the world be if Israel had not been created? But it is – there’s no going back: peace will take generations to establish, just as a disunited United Kingdom took generations: (Rob Fallows from a post on my Facebook page).

The issue of how long will it take for peace to happen is not anything that anyone can definitely predict – the thought that Rob expresses that “peace will take generations to establish” has been expressed in a previous interview with Shai in The Chosen And The Choice – https://hotrodronisblog.com/2017/06/06/the-chosen-and-the-choice/ – Though it may take time for this to happen, that does not mean that one should not strive for it. 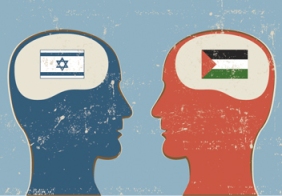 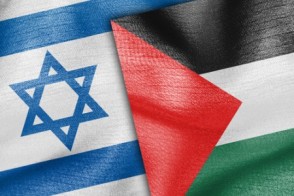 Peace is illusive, challenging, risky, costly, but not impossible –

“The signing of the Oslo Accord in September 1993 was accompanied by exultant hopes. Seven years later, the failure to hammer out a final peace agreement resulted in the outbreak the bloody al-Aqsa Intifada, leading to the deepest despair… Palestinians and Israelis once again at a fateful juncture. The choice before them are a fight to the end for control of historic Palestine or a return to negotiations that will divide the land into two mutually accepted states.” (The Palestinian People, A History, B. Kimmering & J. S. Migdal, Preface xi, Harvard, 2003).

Many give lip service to the Two-State solution, yet that appears as the best prospect. However, the alternatives offer the engendering of more hatred, violence, death and destruction for both Arabs and Jews –

A Palestine with no Jews or an Israel with no Palestinians does not seem an option.

It will certainly not result in peace at all. But unless a true lasting peace is possible, based on mutual respect, trust, love and harmony, the conflict will be on going. Some may feel that this prospect of peace is wishful thinking, but wish and hope we must!

The choice between despair and hope face all who care about Israelis and Palestinians. Let us join our hearts in our efforts to discover the way that makes for peace for the diverse people of the Holy Land that they together will find solutions to their problems –

Fareed talks about his Easter experience in the land of the Bible as celebrated by Arab Christians (the interview followed Pesach/Passover & Easter, April 2017) and expresses his hope in a resurrected Jesus/Yeshua whom he sees as the Prince of Peace and a basis of hope for the hopeless – SHALOM!